This is the first photo I took of the CR-X at the beginning of 2018. The car still needed plenty of work, and I was feeling very behind schedule. At that point most of the fabrication work on the rollcage, and radiator mounts etc. were finished. I still had a ton of bodywork to do, and a bunch of parts to still acquire.

A few months before Wekfest Seattle in July is when most of the work was really getting done. So many late nights, and 10 hour days in the garage. It seems doable to build a car by yourself until your actually in the thick of it. I will be honest, I almost gave up on the deadline a couple of times, but somehow managed to pull through it.

Painting the engine bay was the first task, then the rollcage, and interior. I had to turn my tiny garage into a paint booth about a dozen times. Taping off and covering everything for paint, and then breaking it all down again. So I could finish working on another section. Eventually the whole car got painted, and the headache was over.

Once the bay was painted I started to assemble the engine bay things and threw the motor in. Mostly because I needed the room, and I also wanted to feel accomplishment from getting things put back together. 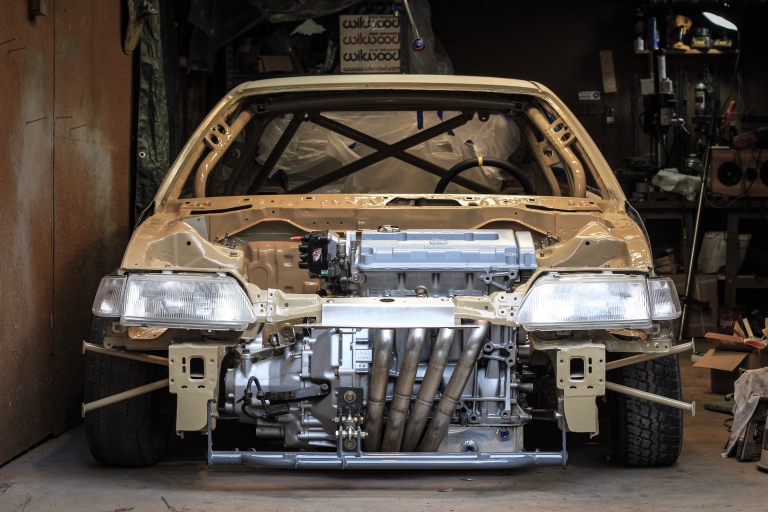 I would take the car outside and wet sand and buff flaws out. That seemed to be an endless task. Still to this day the car is not completely color sanded. It’s not a show car by any means, so it’s certainly not on high priority whats so ever. The car was built for the nostalgic purpose and to see the road. 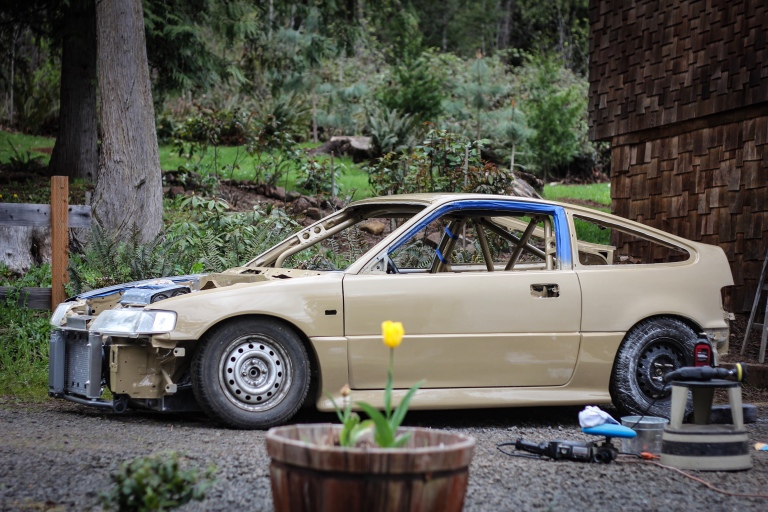 When I got closer to the completion of body and paint my buddy Cooper (@coopakaskip) from C’s Customizing(@cscustomizing ) came over to lend a hand with some wiring. I wanted the engine harness to use all “period correct” plugs using all updated wires and loom. We completely took apart my old CR-X harness (from the 1991 white CRX) which used OBD1 plugs, and combined it with my OBD0 HF CR-X one. We were really happy with the results. It was so great to have someone to come over and help me with some of this stuff. I couldn’t have done it without him. When he left that weekend he took my WORK Meister S1’s  for restoration and powder coating. He completed my vision of what I wanted perfectly. I was super stoked on the result, and we then wrapped them in Advan Neova’s. 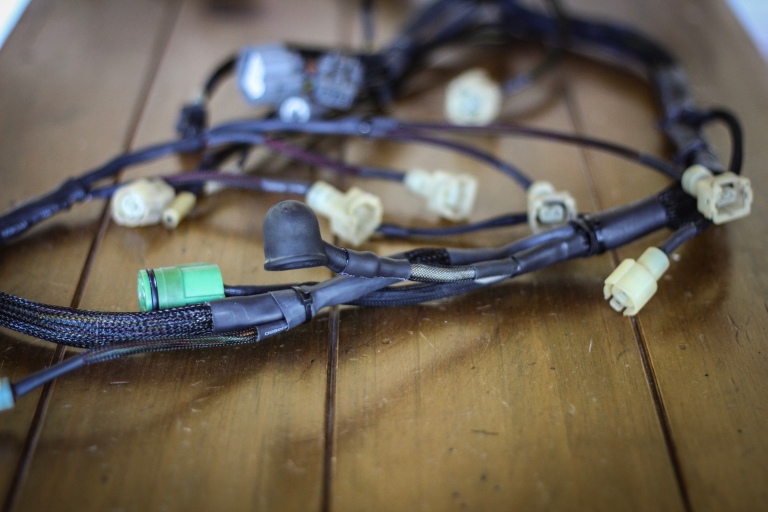 Not long after Cooper left it became crunch time for the car. I was going to get the CR-X as completed as I could for Wekfest. A couple days before the show my best bud Shaun (@augustcascade_shaun) flew over from Hawaii to help me finish up. We got as far as we could, loaded up the car on the trailer, and drove to Seattle.

6 hours later and almost 2 years in the making we were in Seattle. The show was the next day. We woke up early and arrived at Century Link Convention Center around 6:30am. Me, Shaun and Toto (@kidkombo) were pretty much the only people in the whole place besides the security and Wekfest staff. It was a pretty amazing moment. That morning I looked at the CR-X in an empty convention center and knew it was all worth it. 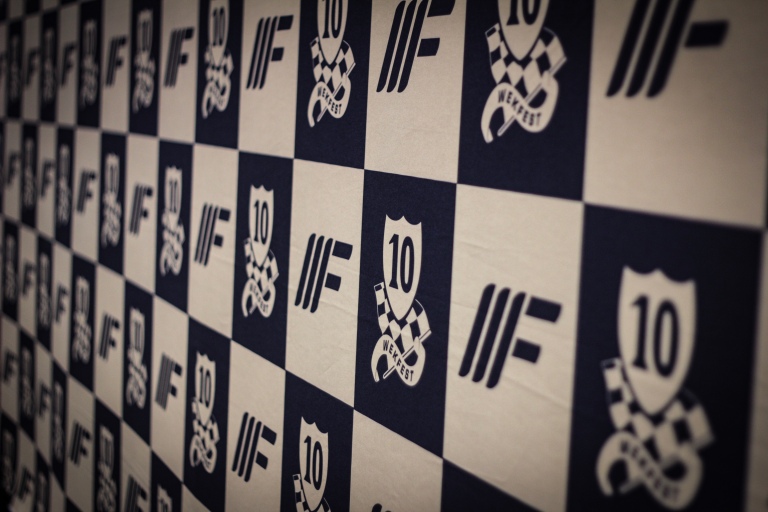 Right as we got in Joey (@stickydiljoe) immediately got to work with some photos and video. We had the whole place to ourselves, so we utilized every moment of the solitude. I’ll admit that it was a pretty surreal window in time that we all briefly shared. It could not have went any better. 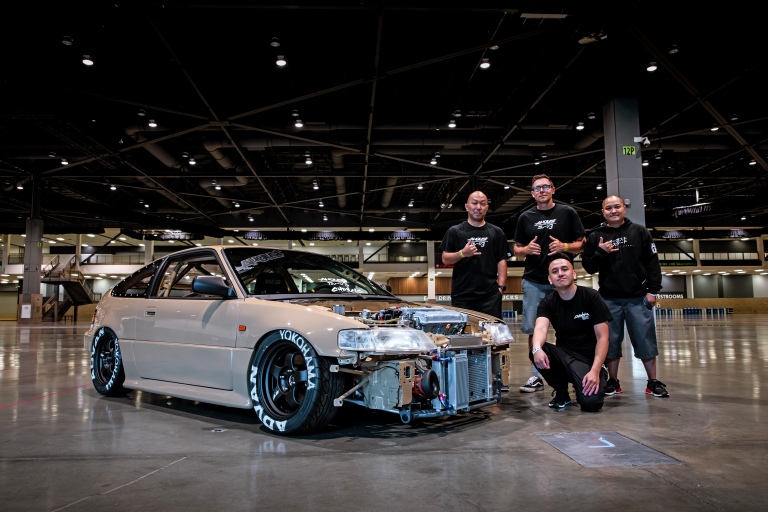 With the debut of the CR-X plans were already in place to link up with old friends. Justin (kazuo_wfc) and Lance (Creators of TEAMRICE.ORG) made the journey and it was fantastic to see them. Still as mellow as the first time we met almost 20 years ago.

Fact of the day: This event was actually the first time I had put a car in a show since 2006. Its been a while. 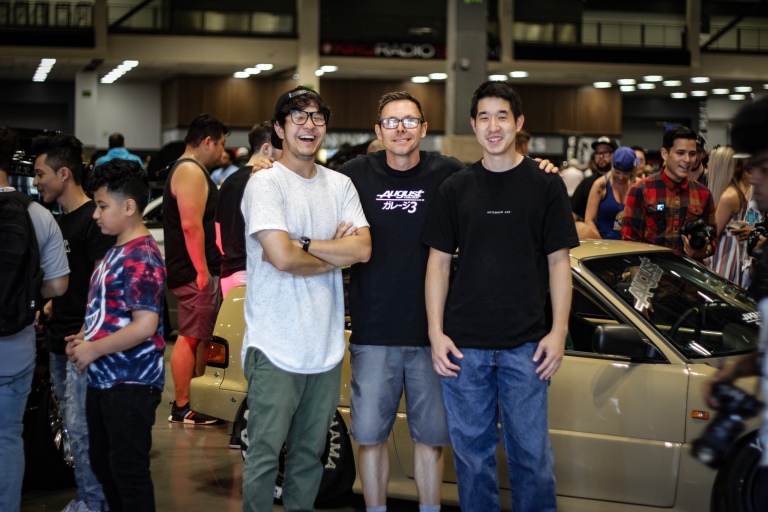 After the show ended we all hung out and got the cars together for some photos. Jackie (@jklap1) and Ben’s (@nsxcrx) cars were two amazing builds that I looked forward to getting some photos with. 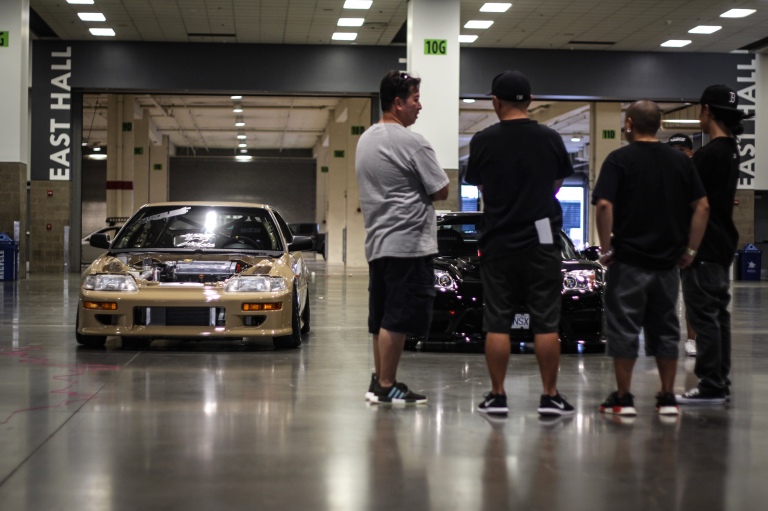 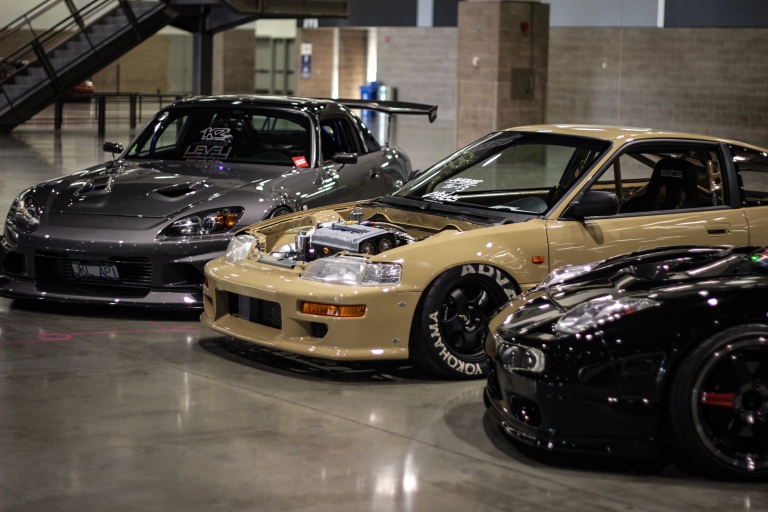 Another highlight of my year was having Anthony (@hybridworks_anthony) and Gemil (@sf.gee) from Hybridworks come up from the Bay Area to help me with my start up. Those guys are epic to say the least. 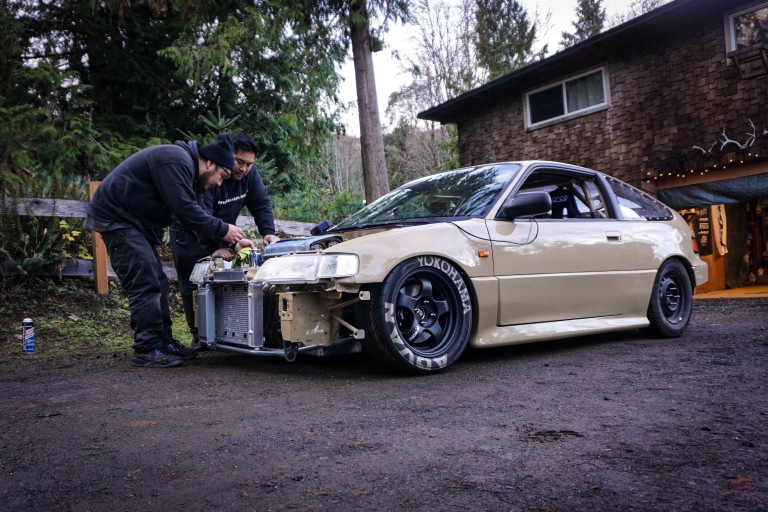 Here’s a rough video of the startup. Glad I was able to get some documentation of it.

And I will leave you with the last photo I took of the car this year. Just a simple engine bay photo.

Even though it took what seemed like forever to finish my build, it will still never be completely finished. We all never really stop tinkering with our Hot-rods.